The Hills are Alive….with the sound of screaming.

We may share similar sized ears, but there are some fundamental differences between dearest cousin H, and myself.  One, in particular, which has become extremely apparent in the past couple of weeks.

He’s smart, enthusiastic, and would probably agree with the ‘big picture’ description.  I certainly share those traits, but prefer to take a more detailed approach.  He’s macro (or is that macaroni) to my micro, ready to see the end result with only a cursory glance or two at the interim steps.  I, on the other hand, live in a world of schedules that will change in an instant, only too aware the phrase “they’re planning a re-cut” does not involve a hair stylist and prefer to have a minimum of three contingencies at any one time to ensure release dates are always met.  For Harry, it’s a much simpler three step process: Imagine it, assume it will happen and head straight to the mountains for a rendition of “The Sound of Music” (lederhosen optional). 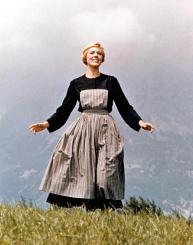 All of which, dear reader, brings us to an email on February 17th.

In the office, juggling coffee with deadlines, when his name and a link to eBay shows up in my in-box.  One click later, and I’m presented with an apparently respectable 1970 Triumph TR6, currently for sale in Arizona.  Additionally, a few notes explaining H’s plan of purchase to drive on this year’s Copperstate, so I don’t have to ship The Egg.

The Egg…The Egg that applied for, and was accepted into the 2017 Copperstate.  That one.  Bulletproof reliability, perfect for the weather we’ll encounter this year, the whole reason I even considered vintage rallies in the first place?  Yes, still that one. 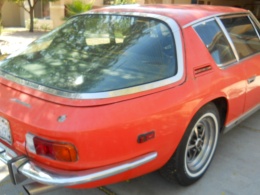 So, I gently remind dear cuz there’s already an Orange  Jensen in AZ being diligently worked on, for him.  Initial plan of it making this year, now looking more realistic as the 2018 entrant, but nevertheless, acquiring another vehicle so I don’t have to ship the car I applied with?  Dubious logic, even for him.  However, I can’t help feeling I’m in a ‘stable door shut after horse bolted’ conversation as my additional comments about what’s actually involved to get any car rally-ready (least of all one that’s currently sight unseen, with only sunny photos and confidence in the description to go on) seem to be falling on deaf ears.

Stubbornness also seems to be a shared family trait.

Three days later, he’s now the proud owner of said TR6 and a recommended list of important things to take care of pre-Copperstate, arrive.  I remain skeptical as I realise his primary concerns are the possibility of new tyres and having the car polished.  Trying not to thwart this new-found enthusiasm, or to get in the way of his solo rendition of “My Favourite Things”, I recommend adding how to register the car (required), a mechanical inspection (required) & what will be required to follow through on his now plan of selling the car post-rally (recommended).

The end of February appears on the horizon in the form of Monday 27th  as he resurfaces to confirm what I already know (the car has been purchased) and what I suspect (nothing much else seems to have occurred).  We discuss the inspection, which has remained noticeably absent in any updates or planning, and I’m reassured Harry can take care of it himself, as he’s rather “mechanical”.  The image of our sixth form production for ‘A Midsummer Night’s Dream’ flashes by, as I respond with, “No, you’re a hobbyist, there’s a distinct and not so subtle difference”.  Still at a loss as to

HOW exactly he would manage to oversee the actual inspection from another continent, I decide to reiterate the importance of this document by forwarding again and insisting he opens it whilst we’re both on the phone.

Silence….more silence..a couple of ‘blimey’s’ followed by a ‘this is serious’ and finally I sense a glimmer of hope at the other end.  Momentary success notwithstanding, I silently decide to move ahead with my plans to have the annual check-up from the Egg Doctor, because she’s still looking like my safest bet.  Julie Andrews continues to yodel in the background, it’s really annoying.

Seven days later and a rather polite email from a very nice young man, who until recently owned a Triumph TR6, appears.  It’s hard not to notice the slightly plaintive tone in his opening lines, “This is my direct email. Please let me know how we should proceed with the car.”, and my only comfort is I’m clearly not the only one being ignored.  Fortunately, this seems to set off an alarm somewhere in the British Isles as we have a sudden flurry of activity from dear H, with instructions to send the car to a mechanic, confirmation tyres are needed and the recognition that insurance should be a primary concern.  Unable to hold back, I immediately join the fray and offer my own list of requirements regarding registration & insurance, as we’re now less than a month from kick-off and this is all beginning to fe

el like the Wacky Races without comedic timing.  When checking separately with dearest cuz to confirm that the mechanic IS expecting the car, the inevitable reply comes through, and I gently remind him that trying to drop an unscheduled project into any shop without checking first, is a tad optimistic.

I call the Egg Doctor to confirm drop off for the upcoming weekend. 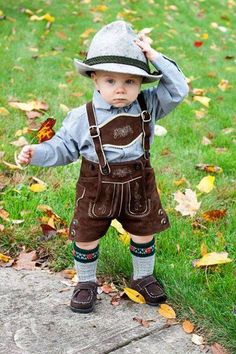